Representing St. Joseph's Convent St. Joseph High School, Trinidad, 2008, I was able to get this picture 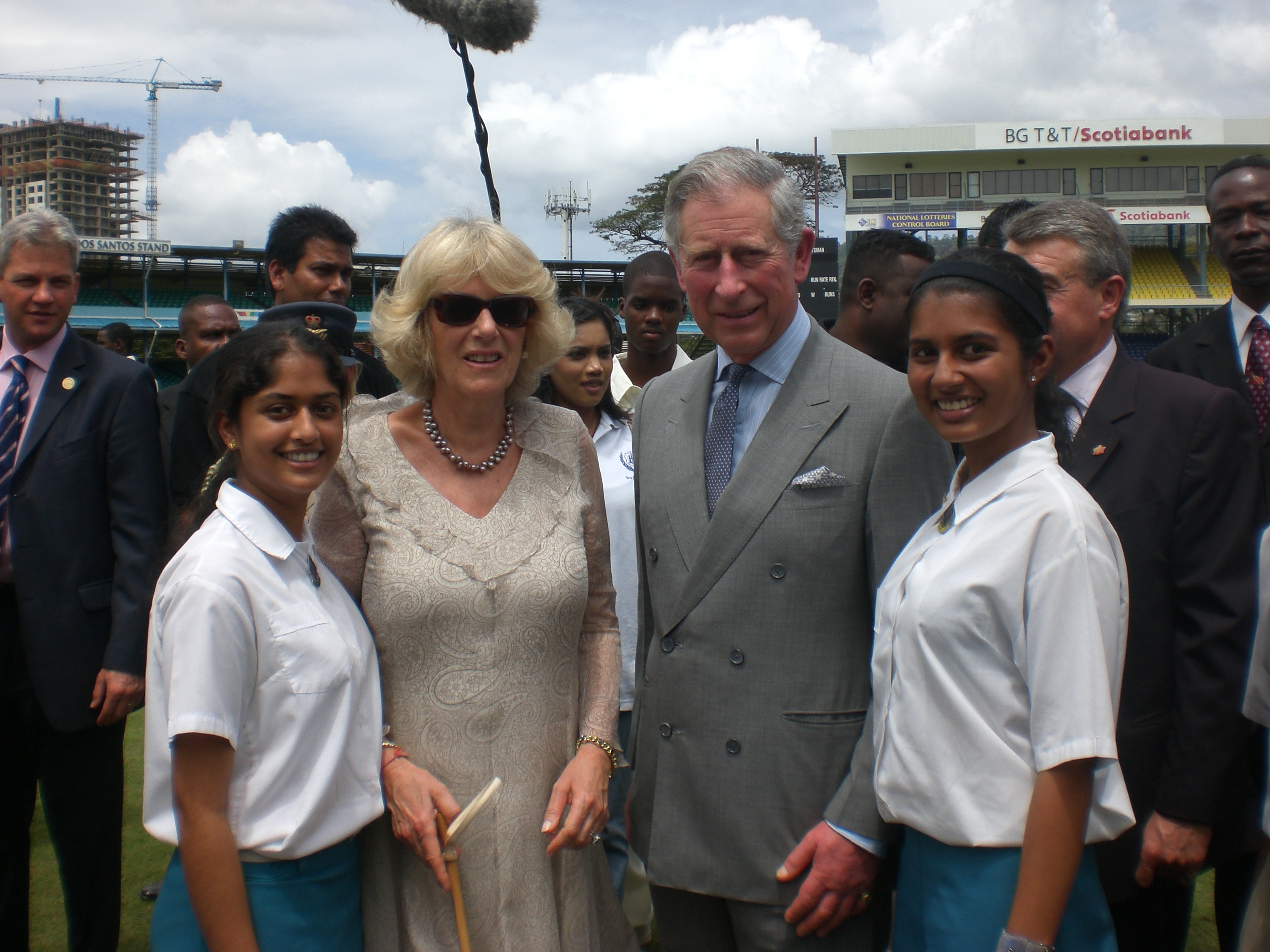 During colonial times, Trinidad was under the British rule and we gained independence in 1962. Hence, ever so often, we get royal visits. Prince Charles and Camilla visited the island of Trinidad in 2008. This particular year, I was a high school prefect at St. Joseph’s Convent St. Joseph, which is considered a highly prestigious school in Trinidad. A fellow prefect and I were selected to attend an event at the Queen’s Park Oval to celebrate the arrival of the royal couple. After the formal portion of the event, Prince Charles and Camilla were mingling with the dignified guests who were in attendance. Surrounding Prince Charles and Camilla, was a sea of media personnel.

While looking on at the scene, my fellow prefect and I decided to work our way through the crowd so that we could asked for a picture with the royal couple. When we arrived to the front of the media crowd, we were able to approach Prince Charles and Camilla. We asked to have our picture taken with them. In that moment I felt like a celebrity, because not only did we get a personal picture with them, but the media swarmed down on us and began clicking away. Later that night, my friend and I had our very first airtime on the local news. In addition, we made the morning papers. This experience was a once in a lifetime experience, and one I am proud to share.

Claire Holt from The Vampire Diaries, and I 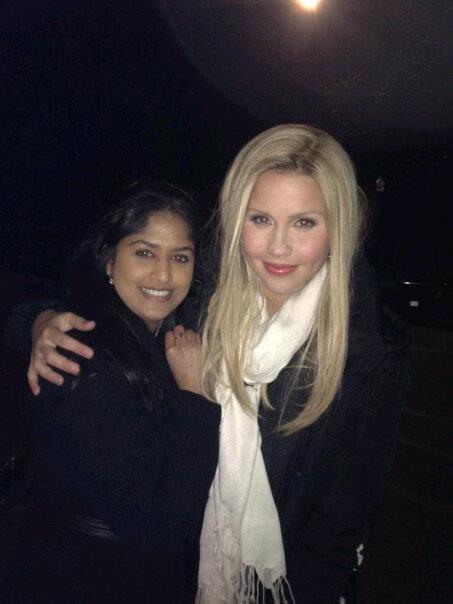 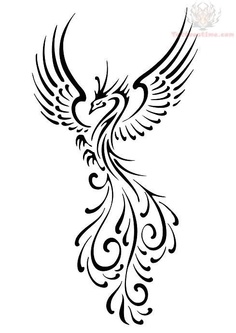 Trinidad is a beautiful Caribbean island. I grew up there and I spent a lot of time at the local beaches, enjoying the sea, sun and sand. However, I yearned for the opportunity to experience a snowfall. Around Christmas time, I would watch many movies, and I would dream of one day frolicking in the snow.

When I moved to Georgia for my undergraduate studies in the fall, I fell in love with the changes in the seasons. Then winter time rolled around, and one day, little, white flakes began to fall. Filled with excitement, my friend grabbed her camera and we rushed outside. I was as happy as a child on Christmas morning. My friend and I threw snowballs at each other; we made snow angel and I even attempted to make a snowman; I had little success.

The moment was filled with wonder and utter excitement. My friend, being the photographer that she was, began taking pictures. This particular photo ended up on the Berry College website.

I was a bit nervous about being away from my family for college; but this experience helped to solidify the idea that college will be the next big adventure in my life. 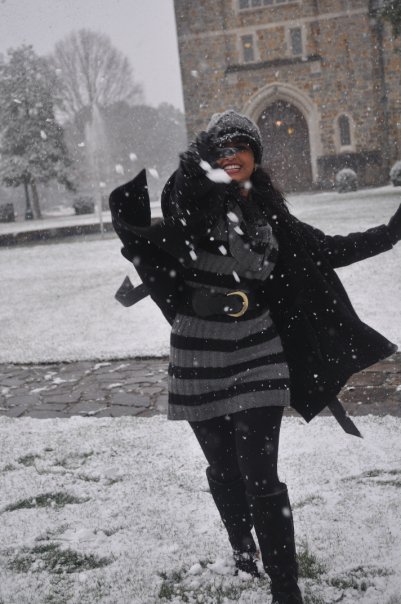 Growing up in a tiny island, meant that you would hardly run into celebreties.  To me, they seemed to be in a world of their own. But, when I moved to Georgia to obtain my undergraduate degree, that all changed.  In the fall of 2011, I had the opportunity to meet the stars of my favorite television show, The Vampire Diaries. My girlfriends and I followed the show religiously, turning those nights of premiere episodes into girls night. When I learnt that they filmed the show in Covington, Georgia, I was thrilled beyond belief; Covignton was only and hour and a half drive away from Berry's campus.

One evening, I decided to take a lovely drive down to the tiny town of Covignton. When I arrived, I was in disbelief; I was seeing my favorite television show being filmed. For an island girl, who was far removed from all of this, I was ecstatic. After filming a couple of scenes, the stars of the show came out to greet their adoring fans, amongst them was me. I was able to get this picture before Clarie Holt left the set. It was a dream come true.

But she was not my only celebrity encounter. The semster after meeting Claire Holt, I had the opportunity to meet the guys of Big Time Rush (BTR). I  was first introduced to BTR's television show and music through my friend, Sabina. Since we both were fans of their music, she was able to miraculously land us tickets and better yet, she got us backstage passes. We drove all the way from Georgia to Nashville, Tennesse to see them perform. The concert was amazing and interacting with the guys was a lot of fun; plus we got the bonus of having a spectacular girls' roadtrip.

I never dreamed of having these opportunities before living in the United States. Even when I first arrived here, meeting celebrities was a thing of my dreams. But, I guess its true what they say dreams do come true.

Atving Along the Northern Coastline of the Dutch Island, Curacao, 2012 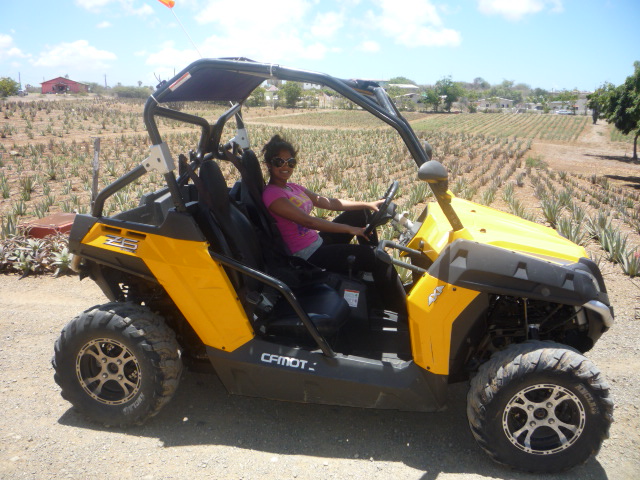 Got a Need for Speed

Imagine, crystal clear, blue waters, dolphins jumping out of the ocean, cool tropical drinks being served on the beach, and you lounging on a lounge chair underneath a coconut tree enjoying the Caribbean breeze. This is what the Dutch island of Curacao offeres. For the past few years, it has become a family tradition to take a summer vacation to this paradise. Each year on the island, we lounged on the beach and participated in many different activities.

This particular year, one of the most memorable activities we did was ATVing. Although we had gone ATVing on the island previously, we usually did the run of the mill tours. This year, my dad was able to get a guide to take us out to the Northern Coast of the island. My dad rented five ATVs and I was the driver for one of them. With a squeeze of the throttle, we began our tour. The wind blew in my hair and I could feel my heart pound with excitement as we made our way to the dirt tracks.

Once on the dirt tracks, the real fun began. Speeds increased, dust was flying everywhere and the dry foliage rushed past me. It was an invigorating experience. The terrain was rough which made the ride even more enticing. But the most beautiful, thrilling part of the ride, was looking out at the vast wide ocean once we got to the coast line. Out in the distance, we were able to see the outline of Aruba; we were able to walk into caves; and we were even able to feel the spray of the sea water when the waves crashed against the coastline.

The ocean has always been a place of peace to me. It may have been a combination of the crashing waves, and the adrenaline that was coursing through my veins from the ride, but  for some reason, looking out at the ocean, from that Northern Coastline in Curacao, made me feel wild and peaceful at the same time. This is why I think that this particular ATVing tour was one of the most specatular experiences I have ever had.

The Big Time Rush Band, My Friend and I 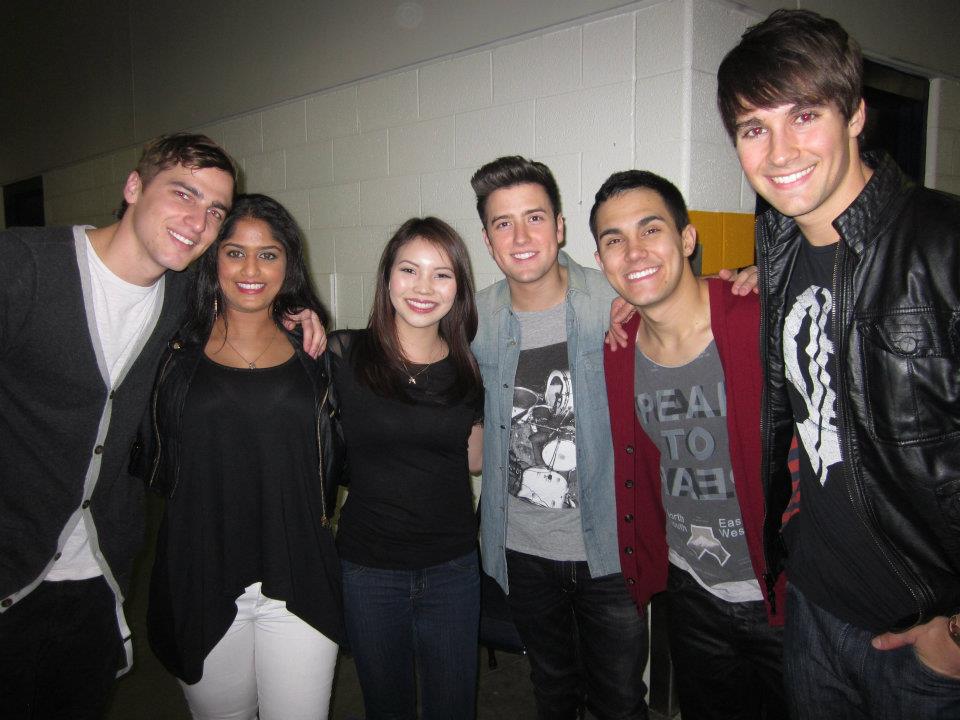