d. Social Media 2014 This page is part of the collection 'My Pages'.

'This Week In Tech' 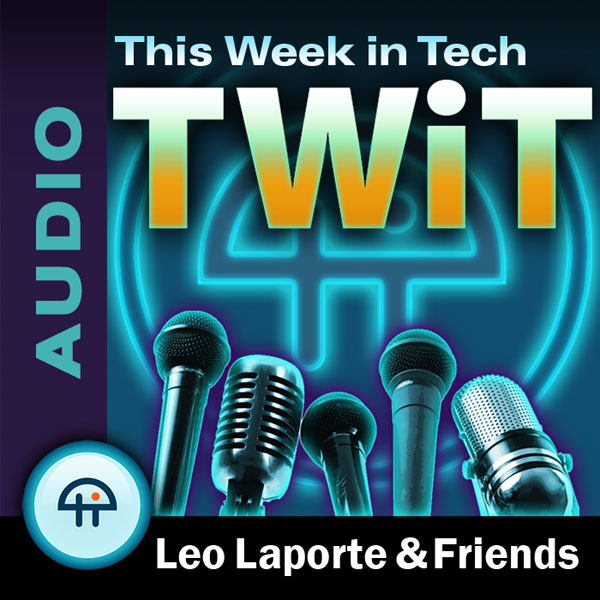 This Week in Tech-- "I'm Too Sexy for my iWatch"

Posted on 18 September 2014, 11:35
Last updated 18 September 2014, 12:17
Tags: podcast, social medai, tech
The podcast "This Week In Tech" by TWiT talks about recent updates in technology development and social media updates. In this episode host Leo Laporte and guests discuss the  technological releases from Apple as well as the security of the iCloud given the recent hacks of many celebrities' phones.Guest panelists include Jill Duffy from pcmag.com, Om Malik from gigaom.com, and Dan Patterson, Brooklyn reporter and blogger.

In response to the iCloud hacks, Duffy states that she believes this whole thing will blow over, because these things happen. People worry about it but they don't change their behavior to prevent that from happening. The panel discusses how responsible Apple is for this breech, and how they should respond as a company. Laporte states that the company should attempt to reconcile with their supporters and reassure them that they're going to make things better.

Each of the panelists is affiliated with an online social media and technology blog and give their insight into the iCloud scandal and how it affects Apple's iPhone 6 debut. One of the things mentioned that Apple does, compared to other companies, is close their doors and develop their technology, and when they debut it they give all the details and make them available in a short period of time. Other companies debut a prototype to a small audience, at functions like CES,  and don't disclose the details of the device nor do they put it on the market for sale. Then years pass by and still no product is available for purchase. James Patterson says that one of Apple's strong suits is understanding what their consumers want and the problems their consumers have, and other markets and companies are forced to play catch up.

Compared to other news media outlets, I believe a podcast with panelists like this one allows the listeners/viewers to get an experts insight into the topics discussed. There's an hour or more of allotted time when the panelists can take their time discussing the latest technology, so the audience leaves with a more informed experience than other sources would usually provide. Also, the panelists don't have to stick to the facts of whatever their discussing. On a podcast there's room for related tangents that explore the bigger ideas around topics. 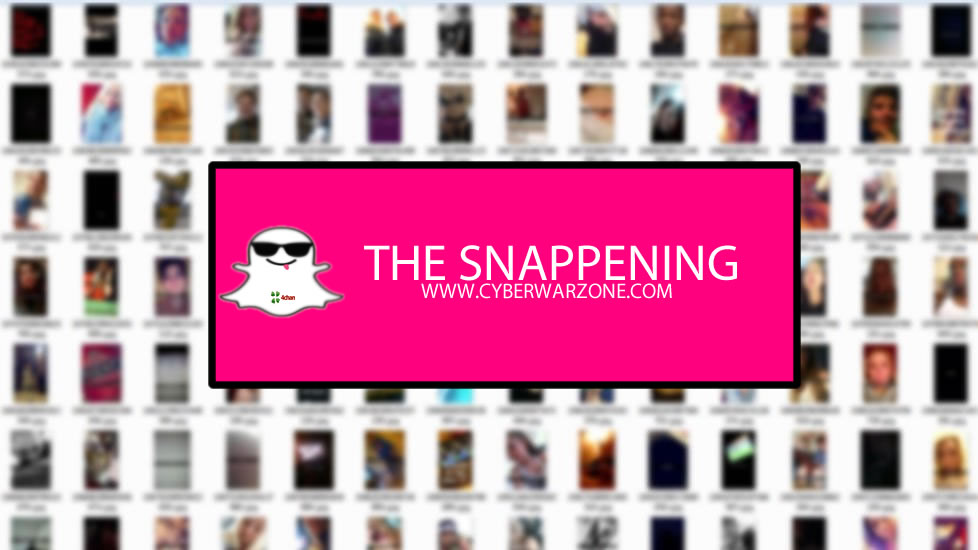 Hackers have gotten a hold of over 100,000 Snapchatted photos and are preparing a searchable data base of the stolen photos. Apparently, users of a third-party site, Snapsaved.com were able to use the site to save Snapchats that usually would be deleted through the mobile app. Photos were saved digitally on the site, unbeknownst to the users, which allowed hackers to intercept over 13GB of data, most of which is underage nude photos. The database was originally hosted on viralpop.com, which would install malicious software on the computers of those who attempted to visit. That site has since been shut down, as has Snapsaved.com. However the photos are still accessible through 4chan and many were downloaded before Snapsaved could be taken down.

New social networking site @Ello debuted slightly over a month ago, promoting itself as an alternative to Facebook. The site has gained traffic due to Facebook's 'real-name' policy that prevents users from joining with their chosen names instead of those given at birth. Many members of the LGBT community were upset with this feature (i.e. drag personalities) and some turned to Ello as an alternative. Now over 35,000 people (and counting) have requested membership.

One of the biggest features of the beta site is it's complete lack of ads. The creator, Paul Budnitz, says he wanted to create a social network that was simple and didn't rely on pestering ads. To him and his fellow creators, the Internet has "started to suck" because our most used platforms now track our activity in order to be able to advertise to us. Part of the site's manifesto is that it will never include ads on its platform.

Ello also adds users to organize their news feeds based on what they want to see and what they don't want to see. Users can be marked either "Friends" or "Noise." Assumingly those on the 'Friends' side will be given priority over those on the 'Noise' side. Posts also can include photos, .GIFs, bold and italicized text, unlike Facebook.

Like all new sites, it has some odd--and missing--features. There's a long "Coming Soon" list of features, but so far its missing the ability to verify users, like posts, and search for friends you might have on Ello. Also, in order to even create an Ello profile, one must request membership or be invited by another user. On one hand this allows very exclusive and intimate interactions between users, but at this point the waiting list is growing. The also site lacks privacy settings and the ability to block harmful content or abusive users.

If @Ello really wants to be a Facebook alternative, it's going to give its users more power. Lack of privacy settings, search features and other key factors of a traditional social media platform are an indicator that this site may lose its small following before it can really dethrone Facebook.

Read these articles for more information:

MarketingLand.com-'Up Close: Ello, The New Social Network That is So Hot Right Now'

CNet.com-'Meet Ello, the social network that wants to be the anti-Facebook

Working with E-portfolio was different for me. At first I wasn’t sure what to add because I thought it had to be more of an online resume and display of my employable skills, but after seeing other people’s pages I saw that we could add a touch of our personality to the portfolio. I took pride in my pages and carefully constructed their layouts so they'd be most appealing to the reader. Even with pages that featured mostly textual content, I added some sort of visually appealing pop.

It's easy to make yourself attractive to an employer using e-Portfolio.The site is a very useful tool that displays not only one’s employable skills but also their personal interests and hobbies that make them attractive potential members of a team.

For this assignment I chose the recent leak of nude photos of celebrities including Jennifer Lawrence that were published on Reddit.com. Reddit CEO released a blog post stating how the site handled the situation and their standpoint on nude photos being released on the site overall. I have chosen a response from TheVerge.com on the issue that takes a more opinionated standpoint on the issue, as well as a piece from TheIndependent.co.uk that states the facts of the case void of opinion.

In “Reddit is a failed state” by T.C. Sottek, this incident is reviewed with an accusatory and opinionated eye, conveying that the author is upset with how Reddit has handled this situation and implying that the reader should be as well. The author characterizes the executives of Reddit as ‘warlords,’ and refers to the CEO’s blog post in response to the situation as a “clueless manifesto.” In the post CEO Yishan Wong illustrates the site as “the government of a new type of community.” Using ethical and emotional appeals as well as a cynical attitude, the article consistently refutes Reddit’s status as a fair government, since it allows for the exploitation of women without their consent as long as they generate a profit. It is also stated that Reddit faced these kinds of charges before when the distribution of “creepshots” was revealed yet since then has not changed its policy on leaking nude photos. This piece offers an opinionated response to the situation and bashes Reddit as a “government” for not enforcing morality and inflicting a policy that prevents the exploitation of women without their knowledge or consent even though this is the second major incident of its kind.

The piece from The Independent, entitled “Jennifer Lawrence nude pictures leaked: Reddit removes 'The Fappening' board dedicated to sharing naked pictures of celebrities” simply states the play of events after the release of these photos. Author Zachary Davies Boren covers the story void of personal opinion and highlights some key facts about the situation including description of the subreddit that was removed as well as direct quotes from the CEO’s blog post about why the photos were removed. From this article it is clear that some photos were taken down because they  included minors, and Reddit actively prohibits child pornography. The other reason the subreddit was removed was because the photos were obtained illegally. Basically this article highlights that Reddit reacted by taking the community down completely for legal reasons, but makes no statement on the violation of privacy for the women exposed.

These are undoubtedly two very different pieces on the same subject and similarities are scarce.  Both are written by male authors and feature traditional article-like structure. Both use quotes directly from Yishani Wong’s blog post. Neither of the pieces manipulate the CEO’s statements nor do they explicitly show the photos mentioned. The Verge provides with interpretation while The Independent gives cold facts. They differ mainly in author’s intent, approach and expected audience.

The tone of the Verge piece is cynical, and while it states the facts of the case it also points out the flaws of Reddit’s policies. In the second paragraph the author proposes an analogy of a healthy, tightly knit community in which a member (in this case the reader)’s personal private photos are stolen, sold and printed all over town. Even though the person responsible is unveiled, the government does nothing to protect the victim and instead persecutes that person for revealing their exploiter. who is protected by his right to “free speech.” This kind of analogy emotionally appeals to the reader, putting them in the place of the women whose photos were released. The author’s intent is to highlight the underlying truths behind Reddit’s policies and encourage the audience to empathize with the victims.   The Verge is an independent blog, and its supporters would probably agree with this liberal standpoint.

The Independent’s piece lists the circumstances of the issue with more appeal to logic than anything else. Direct quotes from the statement issued by Reddit and the actual number of hits that the page received are just a few examples of the author’s factual approach to the topic. Skillfully, the fact that Reddit’s revenue increased dramatically during that week that the subreddit was available is evoked. The reason behind that week of silence is claimed to have been Reddit debating the rights to free speech. The author’s intent is to present the essentials of what happened so that the reader walks away informed but is still left to form their own opinions. hose who would turn to the Independent are probably expecting a more straightforward new story, since it could be considered a primary news outlet.

Comparing these two platforms shows how blogs allot authors more persuasive leeway while news outlets leave readers up to their own deductions. The author of the Verge piece was most likely responsible for representing the Verge in response to this topic. Since they seem to have a more liberal audience they can say what their readers might be thinking and offer opinionated interpretation of the situation. The Independent takes a more journalistic approach; the author was most likely assigned this event in order to provide the “scoop” for readers so that they would be informed. The audience is free to make up their own minds about the morality of the case.