Selby Assignment This page is part of the collection 'Assignments'.

Permissions beyond the scope of this license may be available from Steven Bookman. 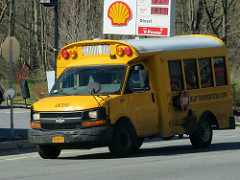 Selby Bus Company has received a complaint letter from an angry parent. This parent has called around fifteen times in reference to what he calls unprofessional customer service. He has complained about the drop off and pick up times to the unprofessional behavior of the matron and bus driver.

You are the supervisor at Selby Bus Company. Your task is to write a memo to your employees and a letter to the angry parent.

Write a memo to your staff in reference to this letter. In the memo, explain that there is going to be a mandatory meeting next week for all bus drivers and matrons to attend.  In meeting the meeting, the emphasis will be placed on acting professional and communication between everyone.

Write a letter to the angry parent apologizing for the unprofessional behavior and the lack of communication between everyone.